“Building strong character is one of the main priorities at the school. And, it was really fun to see the kids ‘ham it up’ on stage,” said Carol Parrill, first grade teacher at the school, in the lobby of the Broomfield Auditorium following the May 22nd performance of “Character Matters.” The actors, singers and dancers were the talented junior kindergarteners, kindergarteners and elementary school children from Broomfield Academy, a private school dedicated to the development of exceptional, accelerated and creative students aged 3-12. The program featured classic fairy tale personalities discussing a number of character traits that are a main component of the individualized arts and character education programming at the school. In the play, the “Fairy Tale Advice Council” featured Rapunzel (Jaya Sethi, 4th grader), Humpty Dumpty (Devin Desilva, 3rd grader), and Cinderella (Madison Buller, 2nd grader) giving advice to other fairy tale characters. As part of the performance, Snow White learned to say “thank you” to the Seven Dwarves for all of their help. Later, Hansel and Gretel taught to the witch how to be a good neighbor. 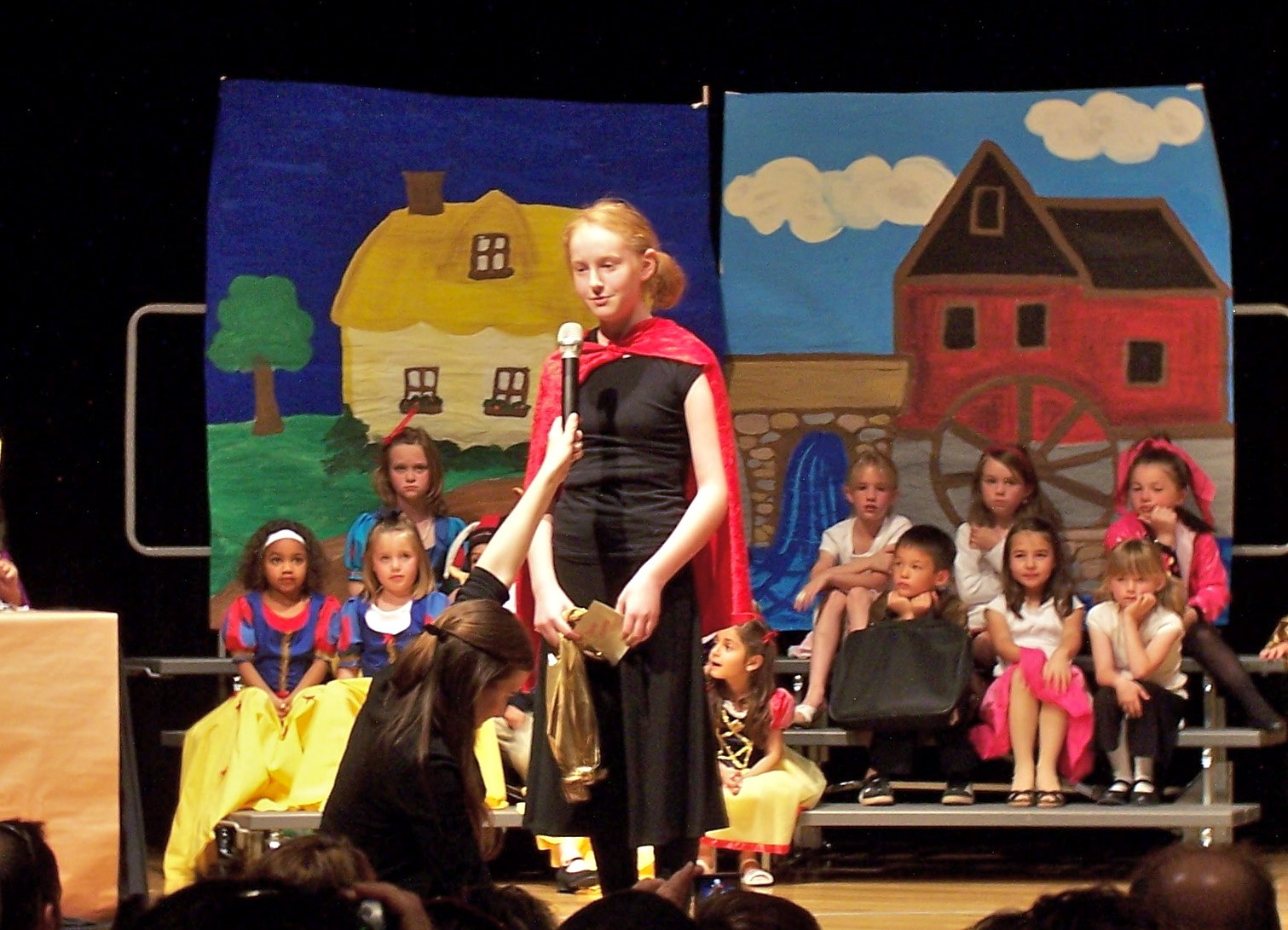 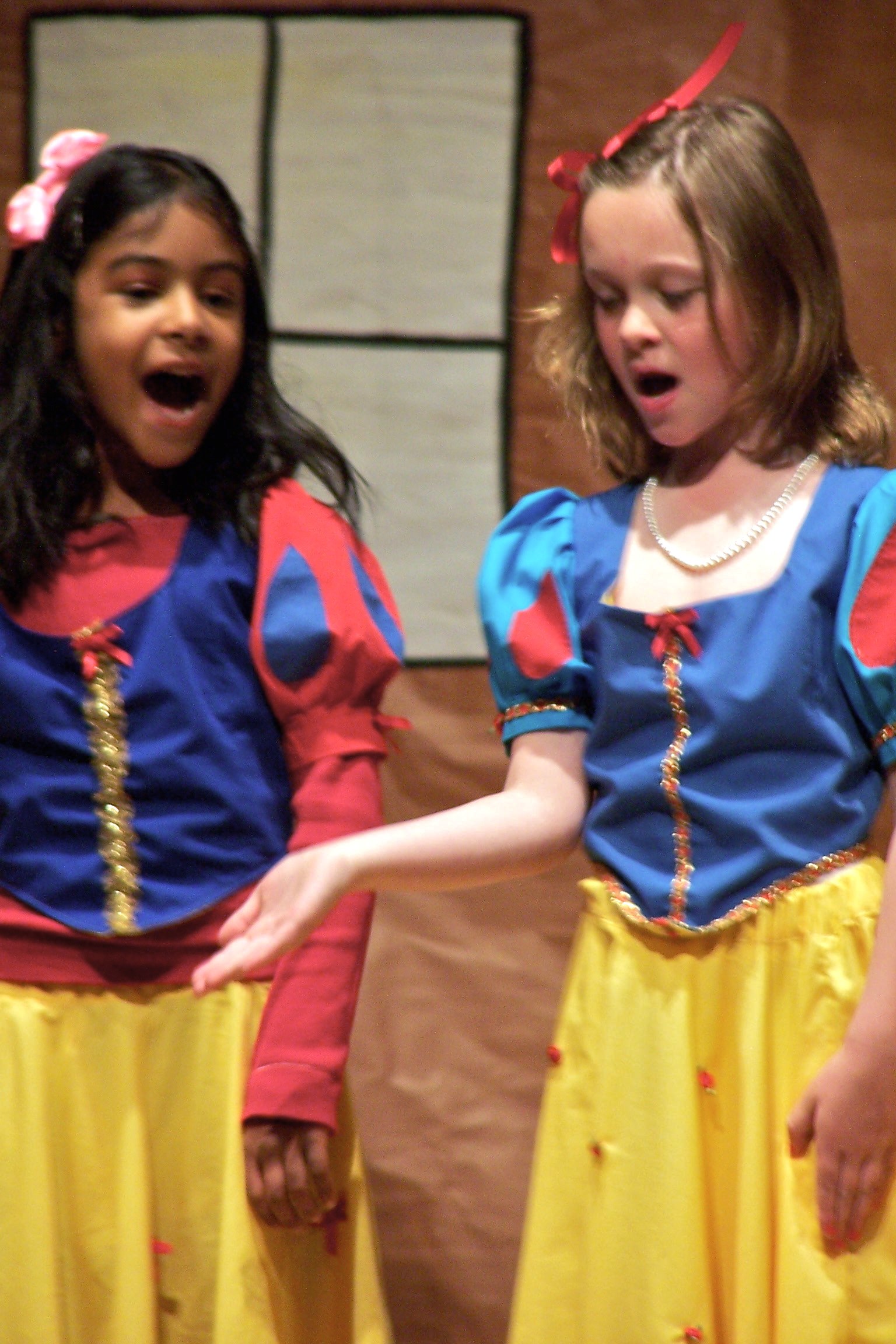 Snow Whites: Samyu Rajaraman, Carlin Settle Photo credit: arleigh.com 2009 “Our program for building character education into the curriculum helps to create an environment where students thrive both academically and socially” commented Dr. Ewing, school principal. “In addition to an arts programs that focuses on character education, students at the school are nominated by peers and receive special recognition for demonstrating exemplary character traits such as honesty, respect, and perseverance. Each month, students also come together for character education assemblies to learn about each character trait through a variety of songs, stories, and games,” Ewing continued. The evening festivities included the display of student artwork, research and poems. The Broomfield Academy Parent’s Advisory Council (PAC) held a silent auction, which raised over $1,000 from special donations made by the Broomfield Academy teachers. The funds will be used for the educational and charitable programs of PAC. 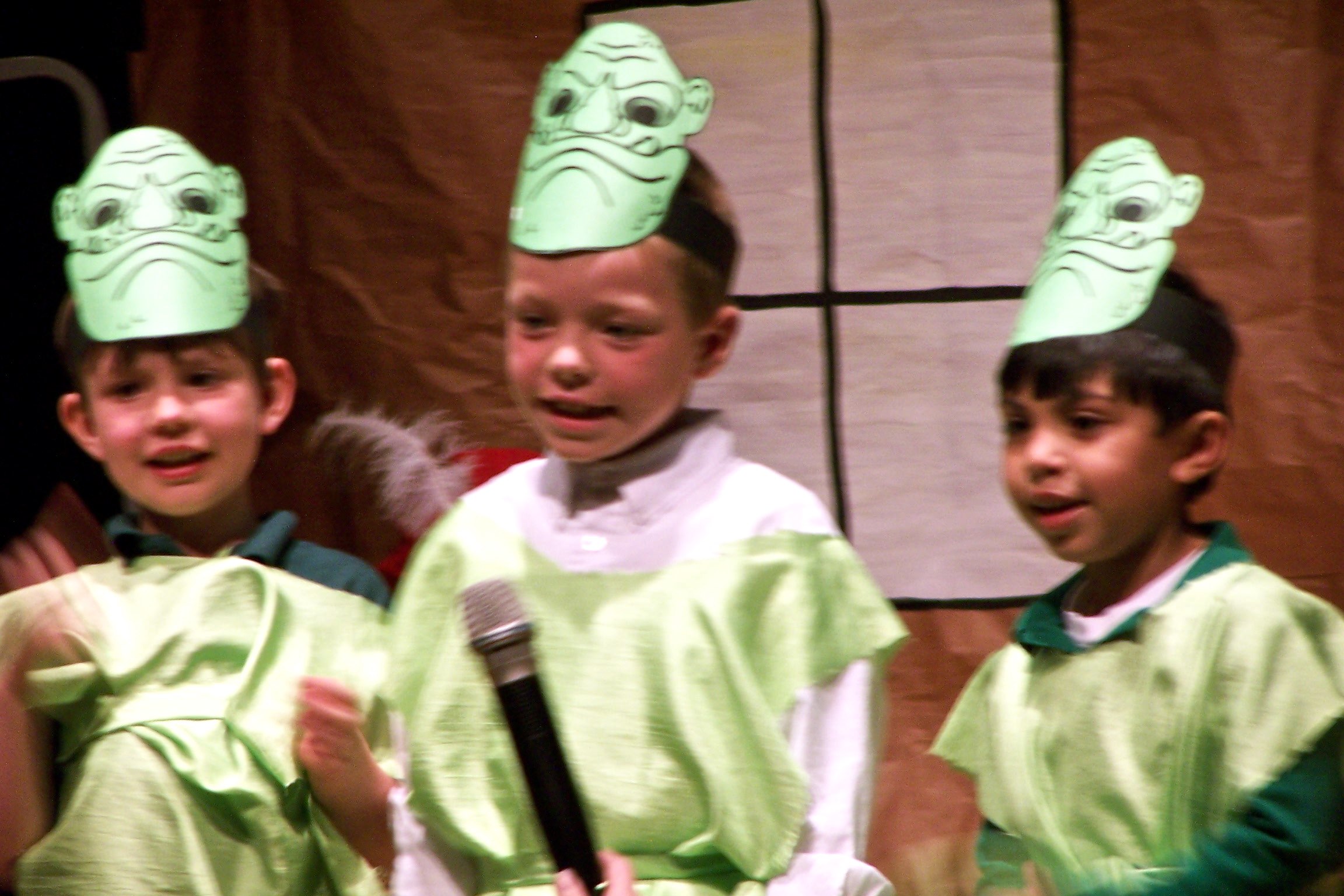 Ogres: Carter Dorman, James Jessep, Adam Silverman Photo credit: arleigh.com 2009 “Our teachers and administrators strive to show the same spirit of generosity and kindness that we expect of our students. It is a great way for all of us to give back to the school and to teach by example,” said Anica McFarlane, school administrator. About Broomfield Academy - Broomfield Academy is a nationally accredited high quality private elementary school in Broomfield, Colorado. The school focuses on academic excellence through the development and implementation of individual learning plans for each student, small classes sizes and a well-rounded curriculum that includes world language, music, art, technology, Spanish and Chinese language instruction and physical education. Broomfield Academy also puts a spotlight on character development, which includes a “core virtue of the month” program, along with significant community service and charitable involvement. Broomfield Academy also offers a full-day fun and educational summer camp program, a summer junior kindergarten and a summer kindergarten-prep program. The summer program runs from June through August. The school is currently accepting applications for the summer programs, as well as for the 2009 – 2010 academic school year. Broomfield Academy 7203 West 120th Avenue Broomfield, CO 80020 (303) 469-6449 http://www.broomfieldacademy.com