Zing for Zonta: Boulder's Got Talent 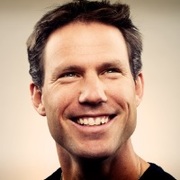 Live from eTown's stage, “Zing for Zonta: Boulder’s Got Talent” will showcase performers from Boulder County benefiting the Zonta Foothills Foundation supporting women and girls locally and around the world. Doors open at 5:30 pm, silent auction, 6-7 and judged performances 7-9.

Ryan Van Duzer MC, is an American television personality, cyclist, travel video journalist and filmmaker.  He survives in jungles of Venezuela on Discovery Channel’s “Out of the Wild”.

Competing at will be:

Ben Barron: Born in Boulder, Ben pursued degrees in comparative literature and environmental geography. He returned to Boulder to explore the intersections of music and social/environmental activism. His current project, a documentary film, uses music to reframe environmental threats facing the Colorado River Basin and the human relationship with the planet.

Anya Chavez: Anya is a 12-year-old singer/songwriter in 7th Grade at the Alexander Dawson School. Born in New York City, she moved to Boulder when she was 2 years old and started singing when she was 8. She loves the guitar, piano and the ukulele.

Ethan Cohen: Ethan has been writing songs and playing them around Boulder and Denver since 2012. His unique brand of songwriting won him recording time and an appearance on eTown live with his band Willow Tree in the first ever eTown Handmade Song Series in 2013.

Karen Finch: Karen grew up on the east coast, listening to a lot of different music and spends evenings playing open mics, showcases and the occasional full evening show.

Eric Gebhardt: Eric was born in Fairbanks, Alaska and moved to Boulder in 2013 to begin a career in music. He moonlights as a milkman for the Longmont Dairy. Eric is a self-taught musician and his smooth acoustic style will woo you!

Mike Presci: Mike is from Long Island and has lived in Boulder for four years. He went to school in Allentown, PA, studying music composition and has been playing and writing music since he was 14 years old.

Stella Pradeau: A native Arkansan, Stella began studying piano at the age of 12. Her CU graduate work exposed her to Colorado and she has lived here ever since. Stella is the Collaborative Pianist for Cantabile, a Boulder-based choral ensemble.

RSVP for Zing for Zonta: Boulder's Got Talent to add comments!