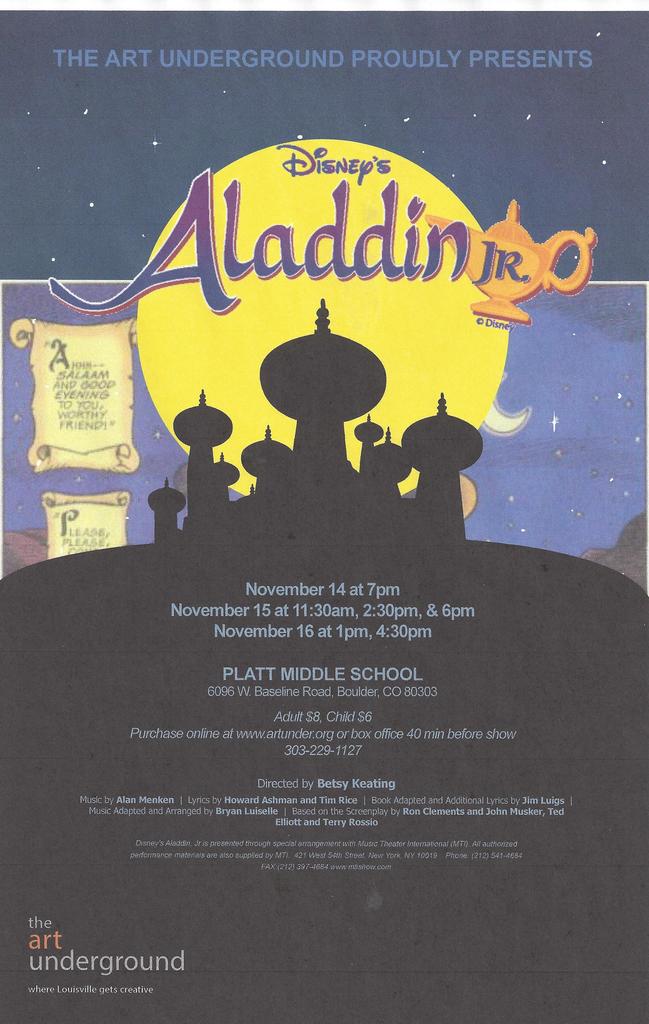 Come take a magic carpet ride with a darling group of local youth actors, many in their very first performances, as they bring to the stage Disney’s ALADDIN Jr.

ALADDIN Jr. is a one-act theatre musical adapted from the very popular animated Disney film Aladdin, released in 1992. The film is based on the Arab folktale of Aladdin and the magic lamp from “One Thousand and One Nights”.  Both the story and music in this version closely follow the original film.

So come join our three casts (25 each) of talented young actors ranging from 4th -8th grade and with the talented direction of Betsy Keating. Hear the Academy award-winning score with songs including “Arabian Nights”, “One Jump Ahead”, “Friend Like Me”, “Prince Ali”, and “A Whole New World”, as well as a new song, “Why Me”, which is sung by Jafar and Iago. You’ll also be treated to colorful, dazzling costumes and innovative, creative set design by Art Underground staff.