Classical Evolution! explores the evolution of classical music in this century, and the inspiration from previous eras and multiple cultures, with the use of an instrument choice from the Renaissance and Baroque periods, the harpsichord. World-renowned harpsichordist, Jory Vinikour, joins Pro Music Colorado Chamber Orchestra on this musical journey.

The concert opens with a World Premiere of composer Max Wolpert’s “Baroque in Mirror.” 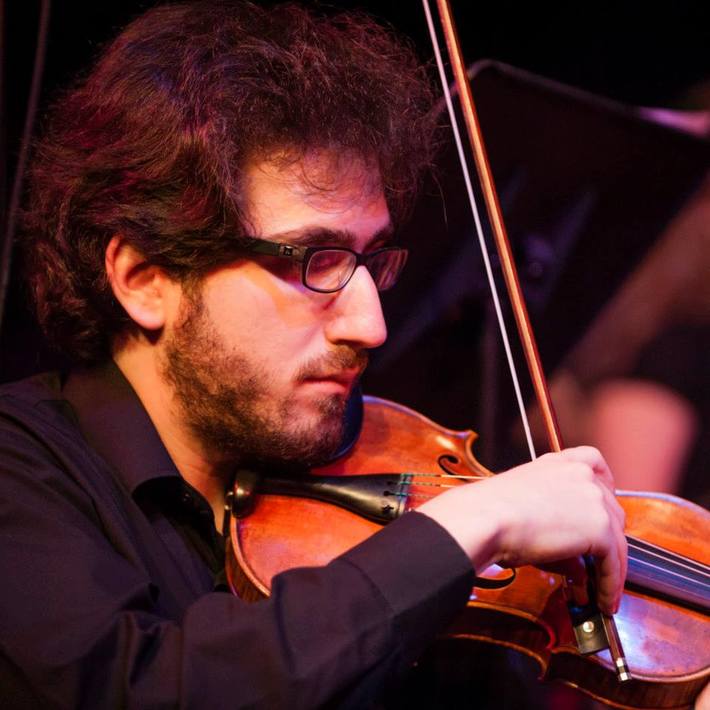 “Max Wolpert’s new composition is a wonderful homage to the Baroque Era in general and the folk fiddlers of the time,” says Cynthia Katsarelis, Music Director and Conductor of Pro Music Colorado Chamber Orchestra. “The work starts with a well-crafted, Baroque-sounding fugue that bursts out into an exhilarating fiddle tune! The outer movements honor Scottish and Welsh fiddlers while the middle movement comes closer to home. It is based on the Jewish fiddle music of 18th century by Abraham Caceres.”

Wolpert says ‘It was written in memory and mourning for the victims of the Tree of Life Synagogue massacre, October 27, 2018.’ A portion of the music is labelled “Kaddish” and quotes from that prayer. Music of our time, knitting together music of the past that speaks to the present.”

“This harpsichord concerto is one of his most popular works. It is also a fantastic example of Bach the Recycler,” says Katsarelis. “Its earliest incarnation was probably a violin concerto. By the 1720’s, all three movements appear in two of his cantatas. Finally, it appears as a keyboard concerto around 1734, probably for a performance with C. P. E. Bach as soloist. While the recycling speaks to the resilience of the music, the original inspiration came from J. S. Bach’s study of Vivaldi’s concertos. The concerto became quite popular in the 19th century. It was performed in Berlin by Felix Mendelssohn’s great aunt, Sara Levy, and later Felix’s sister, Fanny. Johannes Brahms even composed a cadenza for the last movement. It has everything we love about Baroque concertos: propulsive energy, delightful twists and turns, and lovely affects.”

The program closes with Haydn’s Symphony No. 22, the Philosopher.

“We love presenting those early Haydn symphonies; they are filled with delights and interesting twists and turns. Symphony No. 22, in particular, is considered a landmark of symphonic development. Haydn’s thematic invention, harmonic spinning out, and intriguing orchestration inspire and challenge the creative imaginations of later symphonic composers,” says Katsarelis.

The journey through the evolution of music, with use of the harpsichord, requires a musician with depth, which is why Jory Vinikour was approached for this program.

“Jory is an extraordinary musician, the range of his work includes soloing with the Cleveland Orchestra and working with major singers and conductors in Baroque and Classical Opera in Europe and the US,” says Katsarelis. “He was my collaborative pianist when we were undergraduates at Peabody Conservatory; this reunion will be especially joyful.”

Note: Programs are subject to change.

Now in its sixth season, Pro Musica Colorado Chamber Orchestra has many of Colorado’s finest musicians and is committed to impassioned performances of repertoire ranging from the classic to the cutting edge.

Cynthia Katsarelis has served with the Cincinnati Symphony, Pops and May Festival, the Greensboro (N.C.) Symphony, and has conducted many professional, college, and youth orchestras. She has assisted James Conlon, Keith Lockhart, Erich Kunzel and Michael Christie. Most recently she conducted the Colorado Music Festival’s Young People’s Concerts. Katsarelis is a graduate of the Peabody Conservatory of the Johns Hopkins University, with degrees in both violin and conducting. READ MORE

Jory Vinikour is recognized as one of the outstanding harpsichordists of his generation. Born in Chicago, he came to Paris on a Fulbright scholarship to study with Huguette Dreyfus and Kenneth Gilbert. First Prizes in the International Harpsichord Competitions of Warsaw (1993) and the Prague Spring Festival (1994) brought him to the public’s attention, and he has since appeared in festivals and concert series, and as soloist with major orchestras, throughout much of the world. He has appeared as conductor/harpsichordist with the Juilliard415 Baroque orchestra at Carnegie Hall, as well as with the Los Angeles Chamber Orchestra, Hong Kong Philharmonic, Korea Chamber Orchestra, etc… READ MORE

Fiddler, composer, and storyteller Max Wolpert conjures up monsters and myth where the traditional, classical, and theatrical meet. Drawing from tradition both musical and mythological, Max Wolpert makes music inspired by stories from around the world.  Whether built upon the verve and bounce of an Irish jig, the endearing asymmetry of a Welsh pipe tune, or the drive of a Virginian breakdown, Max's pieces are crafted with taut detail and a flair for the dramatic honed over years as a pit musician, conductor, and orchestrator for theatrical productions… READ MORE