Quoted from the National Program Packet - "The Battle of Saratoga was actually comprised of two battles, taking place 18 days apart in the fall of 1777. But what set the scene for these clashes? Imagine yourself in the colonies in the early days of 1777. The joy and excitement of the Declaration had passed and all you had seen and heard of were many British victories and few American ones. It did not matter what part of the colonies you lived in, the British victory could be sensed. General John Burgoyne had set out from Canada to cut off New England from the rest of the colonies and force it into submission. It seemed the Revolution was doomed to fail, but then there was a spark. General John Stark led the Americans to a decisive victory at Bennington, which caused morale to soar and a surge of men joined the fight.

This was troubling news for General Burgoyne. His army was reduced by approximately 1,000 men from the Battle of Bennington, and he lost support of almost all of the Native Americans in the region. Burgoyne pushed his army forward to what would be the beginning of the Battle of Saratoga. Burgoyne and his men, nearly 6,000 strong, would win the first engagement and sustained heavy casualties. On October 7, 1777 Burgoyne started what would be his last campaign. During this battle, the Americans, led by Benedict Arnold overwhelmed the British and forced them to retreat under the cover of darkness. Ten days later the American army, led by General Horatio Gates, surrounded the remnants of Burgoyne’s army and forced his surrender.

The goal for the year is for every CAR member and senior to recognize the importance of the Battle of
Saratoga and why it is The Turning Point in our fortunes as a nation. Our society is based on education and patriotism. We need to teach our members the importance of these events, in order that they may comprehend the struggles and sacrifices of our forefathers to become a free and independent people. Let us always remember our past and demonstrate our love of country to future generations. It is through this love of country and the education of our members that all will come to understand the significance of this year’s National Project and Theme – Saratoga: The Turning Point. 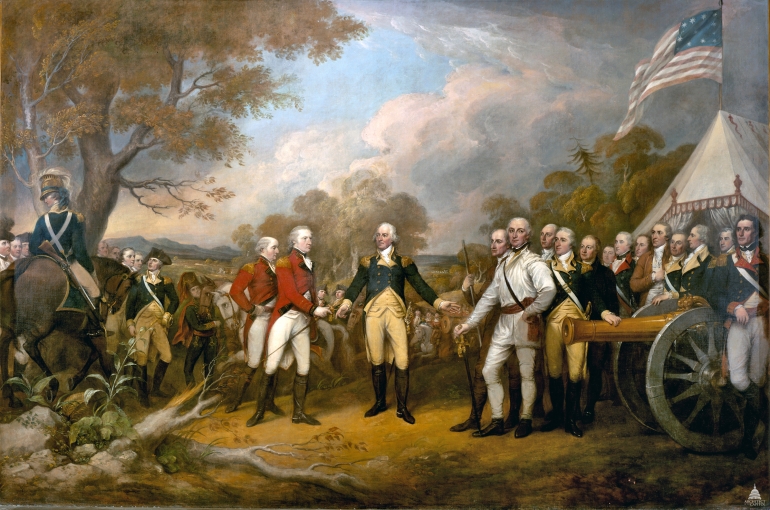