Loveland, Colo. — Schlosser Signs (www.schlossersigns.com), a leader in the design, manufacture and installation of signage in northern Colorado and beyond, has announced the acquisition of a new piece of equipment, an Accu-Bend…

You are all invited to Highland Trail's autumn fundraiser.  We are having an Outdoor Flea Market-Indoor Craft fair & Art Walk.

Want to Do a Reverse Phone Lookup and Do Not Pay a Cent? Search people by phone number online queries are an everyday occurrence. I can tell you that over one million reverse phone searches are conducted every single day for people looking up phone numbers. There are a variety of…

Often, martial arts is stigmatized with negative actions or behaviors.  This is caused by media, the film industry, certain professional or amateur fighters etc.  However, in this blog article, I would like to prove that this should not be generalized and it does not have to be this way.

Originally, martial arts was developed to increase the chance of survival.  Later on, it started to be used as a sport, in competition, as an art form and more.  Mostly, the code of honor and…

A little more about what we do for our clients

As you know, there are a lot of different styles of martial arts which you can practice.  Some studios offer a very traditional practice, which is great for the art and philosophy but is not necessarily effective anymore.  Then other gyms offer cardio kickboxing, which is a fantastic workout but martial arts wise you will learn as much as playing Kung Fu video games.  Then there are MMA gyms, a style that has been proven to be highly effective in competition (although that does not mean it…

The Web Academy now has WordPress lessons in Louisville 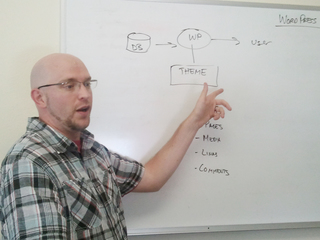 Learn why WordPress is becoming the go-to solution for small businesses across the world during a series of hands-on workshops given by the Web Design Academy in Louisville.

“The magic of WordPress is that small businesses can actually take over the management of their sites, while continuing to maintain a visually distinctive…

Kick off Your Shoes and Learn How to Run Barefoot

Highlands Ranch, CO, September 9, 2011 – Kick off your shoes with Scott Jones, local exercise physiologist and co-founder of The Merrell Naked Foot 5K, for an interactive barefoot running clinic at the Highlands Ranch Library on Thursday, September 15 at 7:00 p.m.

All runners are invited to attend and learn how to incorporate barefoot running into their training regimen. The principles learned in this interactive clinic will also help shod runners run with better form and…

This exciting new category at the DaVinci…

A BIG THANK YOU!

On behalf of the Nathan Beyers Memorial Fundraiser, we would like to sincerely thank the Broomfield Community for its outstanding support of the golf and fundraising event that was held at Greenway Park Golf Course on August 6th.

We were amazed by the response of the community as well as the generosity of the local businesses who donated food, prizes and supplies to make the event a huge success!  We greatly appreciated the Broomfield Enterprise for featuring the story…

Ecotech Institute, the first and only college focused entirely on preparing America’s workforce for careers in renewable energy and sustainable design, today announced that it is hosting an Eco-Expo on Saturday, September 24. This event is in conjunction with Moving Planet’s worldwide rally to demand solutions to the climate crisis and for people across the world to mark one day together as…

Just as I join "My Town Colorado" and begin to take part in community camaraderie, I find myself in a situation of having promised to move back to Dallas as part of a promotion package. Now the question is, "What to do?"  The promotion was definitely one I could not pass up, and will be an excellent career stepping stone.  But the prospect of moving back to Dallas after almost 15 years in Colorado does not really appeal to me.  That has been highlighted over the past two months as I…