Getting in the right mindset for training

For training and working out, goals are extremely important. You need to set short and long term goals and make them challenging but possible. If they are not possible, you will not reach them and eventually become disappointed or frustrated. On the other hand, if they are too easy, you may not push yourself enough and not make enough progress, if any at all.

Another aspect of training, one that I feel has played a huge role for myself is having the right mindset. I'm…

Cleaning and hygiene in the martial arts studio

Martial arts is a statistically very safe sport to practice, for both youngsters and adults.  One of the dangers however, (which you have to be aware of when selecting a martial arts studio for yourself or children) is hygiene.  Martial arts mats are vigorously used and are in contact with feet, sweat and the occasional blood (from little cuts on fingers, toes, elbows etc., just like any other sport).  That in combination with skin contact can be a…

Switching to Paleo for Athletes!

Since my latest blog I’ve made quite a few changes in my 30 day Paleo experiment. I have also made a lot of progress!

In my second week of doing the Paleo diet, I found myself to be lacking energy to work out hard and also my performance went down. Especially with weight lifting, the difference was remarkable. Perhaps I didn’t eat enough of certain things or too many of others but whatever caused this, it was a problem. The fact that I teach martial arts and do…

Let’s start with the numbers: 7 lbs. in 7 days! I know, I was shocked too. However, keep in mind that a big part of this amount is water weight. Since I eat much less carbs, my body also retains less water. Fortunately, I still feel energetic and have no dips in my energy levels throughout the day. Also, after weight lifting my muscles seem to be recovering at the same pace as they did before the Paleo diet. This seems to demonstrate that my post training recovery is similar and this…

This is day 2 of my Paleo diet challenge. Please don’t consider me a Paleo specialist, all this is intended for is to share my experience :) Please consult a nutritionist or dietitian for nutritional advice.

Wednesday, I took advantage of my last non-Paleo day to eat a nice bowl of pasta and drink some red wine along with it. I have to say, I have been eating so much pasta and breads the last few months that I was…

Veteran middle distance runner Bobby Fischer had already committed to race at this year’s “Carlsbad 5000” – the nation’s premiere 5K -  before making a “gut-feel” decision to enter the 400-meter dash at this year’s National Masters Indoor Championships in Bloomington, Indiana. Racing 800’s, 1500’s and 5K’s is routine for Fischer, who has also competed 27 marathons, but sprinting an “open” 400 at a national championship was a “first” for the talented 72-year-old.

Four different groups of people saw Orange Balls of Light over an English Crop Circle on July 29th and experienced a telepathic communication with the "Beings."

The men from Belgium were still in shock throughout the interview. They watched Balls of Light turn into "Illuminated Light Bodies" with arms, legs and a…

Three of us managed to fit, despite our bulky, winter gear. The top of our arms firmly touched. I felt the rhythm of another’s breathing and smelled the scent of coffee with each exhale. No seats remained. I stood up and offered my cramped spot to a woman who boarded bus number 225. I figured out how to position my feet just right and to hang on to the overhead straps in hopes that I wouldn’t slip on the wet floor. The commuter bus was always packed on snowy days, with new faces who…

Twins Emma and Rich Sanchez, sophomores on the Fairview High School track team, didn’t compare notes before running the 400-meter dash at last weekend’s Boulder Invitational track meet, but both ran in the same lane, both finished 2nd place, and both ran Personal Bests. No one accused them of copying each other’s work, they just happened to have “break-thru” performances at the same distance on the same day. Emma’s time was 60:04 while Rich’s was 50.98.

This year's Earth Week will kick off a series of exciting events ranging from a children’s evening to a featured speaker evening.  The events are scheduled from Monday, April 16 to Friday, April 20, all at the Bergen Fire House, 1802 Bergen Parkway, Evergreen, unless noted otherwise.  All doors opening at 6:30 pm with presentations starting at 7pm:

Centennial, CO – The Gun Store at Centennial is now offering “Prepare U“ campus safety classes in rapid-fire response to the highly controversial Colorado Supreme Court ruling concerning the carrying of concealed weapons on college and university campuses in Colorado.

Located at 6649 Paris Street just north of Arapahoe Road, the new shooting facility will feature a host of classes to prepare college and university staff and students, ages 21 and older, for the responsibility of…

"The Celtic Experience" with Rocky Mountain Brassworks Returns to Broomfield

Rocky Mountain Brassworks’ first concert of 2012 is a crowd pleaser!  Join Denver’s only authentic brass band for The Celtic Experience on March 24th at 7:30pm in the Broomfield Auditorium and enjoy audience favorites including “A Celtic Suite” and the rousing and powerful “Gaelforce” and “Strathcarron.” Rocky Mountain Brassworks will be joined on stage by Denver’s own Centennial State Pipes and Drums, a well-known and popular bagpipe band.  Buy your tickets now, as this…

"Messiah - 75 Years of Hallelujahs"
Saturday, April 28, 2012 7:30pm
Niwot High School
Just as the Chorale began 75 years ago, singers invited from the community to join the Chorale as well as the Longmont Symphony.…
Continue

HeartCode® ACLS by the American Heart Association (AHA) is the official, self-directed, comprehensive e-learning program from… With Sunday afternoon all to myself, I decided to attend an unusual festival commemorating a man in Boulder County.  He is not celebrated for how he lived or even for how he died. He is extraordinary because of his last wishes. You see, … 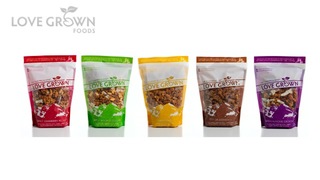 Love Grown Foods®, a leading natural food company, announced today it has appointed three new advisors as it continues to make a splash in the natural products industry. Love Grown Foods, which two young entrepreneurs founded in 2008, is now available in more than 2,100 stores throughout the United States and Canada and will reach…

Special Transit is no longer. Executive Director, Lenna Kottke, officially announced the 33-year-old organization’s new brand name is Vía. “We provide our customers with mobility options that enable them to live a more self-sufficient and independent life, and our new name, Vía, captures that breadth of services we offer,” she said.

Building on a multi-year planning effort that resulted in the organization’s completion of a successful $11.7 million capital campaign and construction…