Bicycle advocate Ryan Van Duzer will mount his New Belgium three-speed cruiser bike to embark on a two-wheeled journey across the U.S. this coming weekend. As he spreads the gospel of New Belgium Brewing’s Team Wonderbike and his life-long passion for biking, Van Duzer will chronicle his travels through blogs, videos and Twitter updates at http://www.newbelgium.com/duzer. Track his journey and ride along when he gets to your neighborhood to share a meal, a beer or a story.

Four out of five U.S. women are dissatisfied with their appearance, according to the Eating Disorder Foundation. Denver’s Eating Recovery Center (www.eatingrecoveryinfo.com) hopes to reverse this statistic with the launch of a new Body Image Group. This 12-week program, which strives to help people build healthier body beliefs, is ongoing; new participants can join at any time. “A majority of women in the United States struggle with unrealistic body… Continue

Leaders of the Clean Tech Open (www.cleantechopen.com), the innovation catalyst that helps great ideas become viable clean tech businesses, today stood with Colorado Governor Bill Ritter, who called for governors from the Rocky Mountain region and across the country to embrace the New Energy Economy and support entrepreneurs participating in the $1 million Clean Tech Open business competition. The national business competition has helped more than 120… Continue

“Switch Kit” Helps Americans Get Out of Unhealthy Banking Relationships

According to a new study by BancVue, almost two in five Americans are unable to classify their current bank as “Mr. or Ms. Right”, with dissatisfaction higher among those with most of their money in large banks. In fact, almost one in two (49%) of big bank customers claim their current bank is far from “the one”. To help people “break up” with Mr. /Ms. Wrong, CheckingFinder.com has launched the Switch Kit, designed to make it effortless to switch to a… Continue

Decline in U.S. House Prices Levels Off in April

Integrated Asset Services®, LLC (IAS®) (www.iasreo.com), a leader in default management and residential collateral valuation, today released its latest IAS360™ House Price Index. The benchmark for national house prices, based upon the timeliest and most granular data available in the industry, moved up a fraction of a point in April. April’s report reflects the first non-declining numbers for the index in 10 months. The IAS360 had fallen more than 19%… Continue

Increasing patient caseloads, professional collaboration/patient sharing and lack of medical resources are among the trends revealed in a May 2009 survey of eating disorder professionals conducted by the Eating Recovery Center (http://www.eatingrecoveryinfo.com), the premier treatment center for eating recovery. Due to the rapid growth in the number of patients presenting with an eating disorder, as well as increased awareness of the medical… Continue

SRI in the Rockies Conference to Celebrate 20 Years

SRI in the Rockies, the largest and longest-running sustainable and responsible investing conference in the world, will mark its 20th year and highlight growing opportunities for investors who embrace innovative investment strategies targeted on environmental, social, and governance factors. More than 650 attendees from the U.S. and around the world are expected to gather October 25–28, 2009 at the JW Marriott Starr Pass Resort & Spa in Tucson,… Continue

The virtual world of Second Life has seen a host of experiences over the years, but on June 10th, the first Second Life college graduation will be held on the Second Life campus of the 150 year old Bryant & Stratton College. Approximately 40 graduates ranging in age from 25 to 45 will don their virtual cap and gown to receive their college degrees with all of the pomp and circumstance regularly witnessed in the real world, including the procession, the commencement speaker and the… Continue

The most fundamental of American’s money relationships are with their banks, where a new study finds almost two in five Americans are unable to classify their current bank as “Mr. or Ms. Right,” with dissatisfaction higher among younger adults and those with most of their money in large banks.

“Some relationships can lead in unhealthy directions without us even realizing it. The sad thing is, once it’s over you realize you should have packed up and left months ago,” said Gabe… Continue

The Rocky Mountain chapter of the Clean Tech Open (www.cleantechopen.com), the nation’s leading clean tech business competition, announced that it has received strong support from the region’s business community, but is seeking additional sponsors for the competition.

The Clean Tech Open (www.cleantechopen.com), the innovation catalyst that helps great ideas become viable clean tech businesses, announced the deadline for entering this year’s competition is Saturday, May 30. Entrepreneurs in the five-state Rocky Mountain region, which includes Colorado, Montana, New Mexico, Utah and Wyoming, are encouraged to enroll soon in order to secure a place in the competition. Clean Tech start-ups from the region will compete… Continue

More than 10 million women in the United States struggle with an eating disorder. To raise awareness and understanding during National Women’s Health Week (May 10-16, 2009), Eating Recovery Center, the premier treatment center for eating recovery, shares the top five reasons, supported by statistics from the National Eating Disorders Association, that eating disorders are among the most dangerous health issues facing American women today. 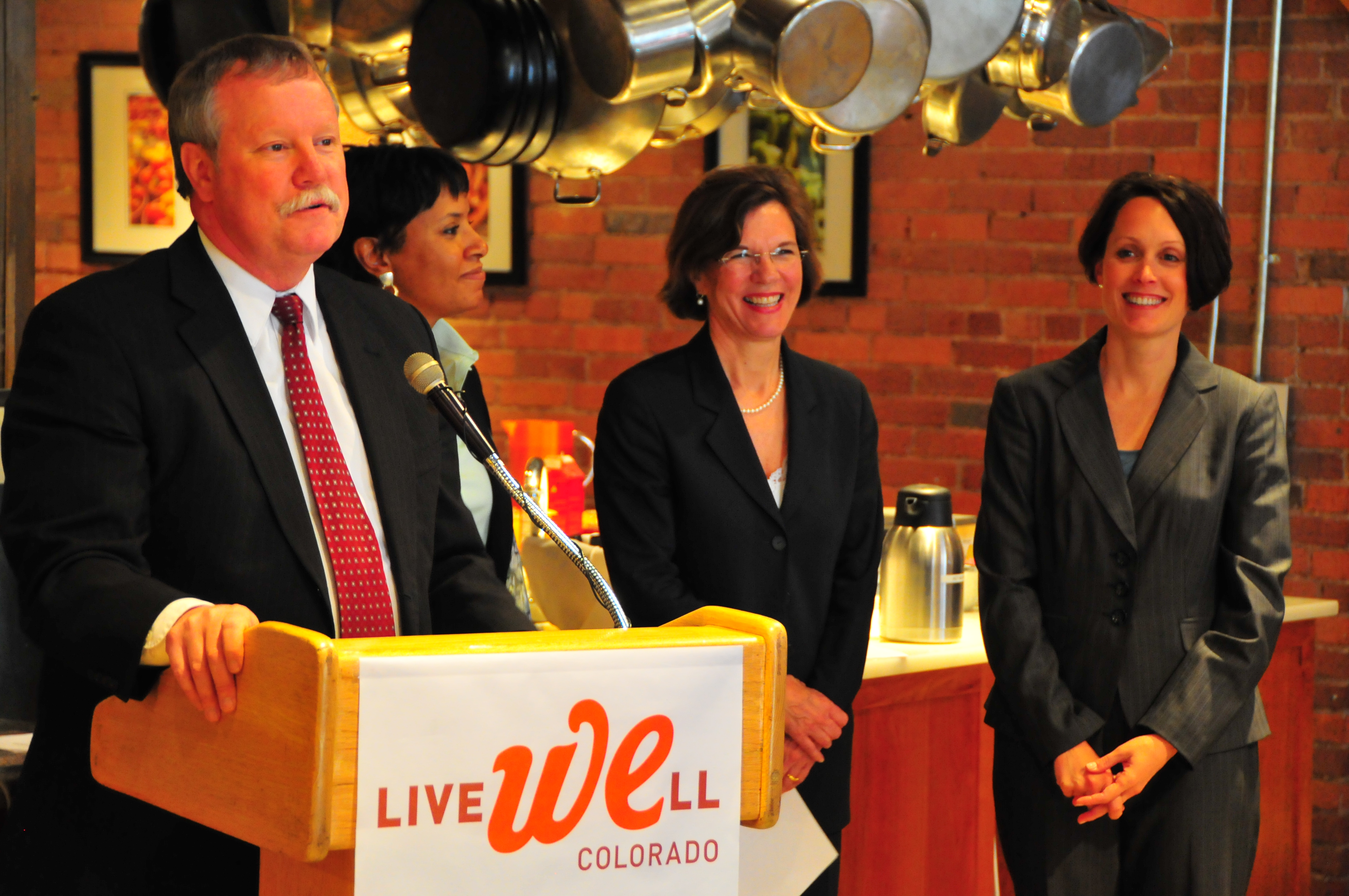 Photo courtesy of Erik Keith Photography With Initial Funding Established and New Board of Directors and CEO in Place, LiveWell Colorado Evolves into Statewide Leader in Obesity Prevention LiveWell Colorado (http://www.livewellcolorado.org), a non-profit organization committed to reducing obesity in Colorado by inspiring healthy eating and active living, today announced the launch of an aggressive five-year strategy to improve the health of… Continue

Delaying Eating Disorder Treatment Can Be a Fatal Decision

Financial woes, family denial and fear are all factors that people with eating disorders and their loved ones may cite when avoiding treatment for their illness. According to the Eating Recovery Center (www.eatingrecoveryinfo.com), the premier treatment center for eating recovery, recent anecdotal evidence has shown that people with eating disorders are waiting longer to enter treatment, and are entering significantly sicker.

The launch of a new evening intensive outpatient program this month distinguishes Denver-based Eating Recovery Center (http://www.eatingrecoveryinfo.com) as the only facility in the Rocky Mountain region to provide a full spectrum of recovery options for adults with anorexia or bulimia. The new program serves two populations simultaneously, as it bridges the transition to everyday life for patients stepping down from more intensive treatment, while also building structure into the lives of… Continue

LiveWell Colorado, a non-profit committed to reducing obesity by providing every Coloradoan with access to healthy foods and opportunities for physical activity, today announced that it has named Maren Stewart, JD, APR as its first president and chief executive officer. Ms. Stewart is responsible for leading the strategic direction and operational efforts of LiveWell Colorado and will report to the organization’s Board of Directors.

LiveWell Colorado, which has been funding local… Continue